Here are 5 ways the feds could fix Canada's housing crisis

Housing has been a hot topic in the campaign for Canada’s 44th parliament.

Every major party platform offers proposals for reining in what has become a nationwide affordability crisis. However, experts say the most effective potential solutions have either received scant attention from the federal platforms, or have failed to be included at all.

Five of them are broken down in detail below.

1. Leverage the weight of federal coffers

Part of the challenge with trying to come up with a national fix for housing affordability is that it is fundamentally a local issue. Provincial and municipal governments generally have jurisdiction over the factors - such as zoning rules and building permits - that determine exactly what type of housing gets built, where that housing gets built and how fast.

Ottawa “needs to figure out how to use th

e financial clout of the federal government to get changes done at a local and municipal level,” said Mike Moffatt, senior director of policy and innovation at the Smart Prosperity Institute. He notes the Conservative Party has suggested tying federal transit funding to a requirement that more housing be built along transit lines and the Liberal Party has proposed a $4-billion housing “accelerator” that “is designed to help municipalities modernize their zoning rules and approval processes.”

“I think those are the right kind of approaches,” Moffatt said. “I think we need to go farther than that, but ultimately we need to get shovels in the ground, that is the only thing that is going to fix this.”

2. Address the surge of international students

“One thing that I was a little bit disappointed not to see in the various platforms” was a policy aimed at building more student housing, Moffatt said. “A lot of what is happening in the housing market is being driven by students, mostly international students.”

Canada has experienced “huge enrollment spikes” from international students in recent years, he said, “and what happens is a lot of those students are ending up in homes, either buying them or in many cases renting them, so you’re getting these family homes that are being lived in by four-to-six college or university students that is reducing the overall supply of family homes.”

As one example, Moffatt notes international enrollment in Fanshawe College just east of London, Ont. has grown by 6,000 people over the past five years: “If you just drop 6,000 extra people in east London, that is going to get you a housing shortage,” he said.

“One of the things the federal government could do is work with colleges and universities to build more residences and apartments specifically for students,” Moffatt said. “You can do cost-sharing models with provinces and the colleges and universities themselves where they each basically pay one third. That would take a lot of the pressure off of the local housing markets.”

3. Let seniors sell their homes and live there too

One of the most common complaints among aspiring home buyers - particularly Millennials - is that Baby Boomers and other seniors continue to live in large single-family homes long after their children have moved away. Diana Petramala, a former real estate economist with TD Bank who is now the senior economist for Ryerson University’s Centre for Urban Research and Land Development, said Ottawa could make it more attractive for seniors to move or even to renovate their existing homes into multiple units.

“If you had more suitable seniors housing, maybe you would see more seniors being willing to leave their single-family homes and opening those up to more new generations of families,” Petramala said, noting senior women in particular prefer to move into apartment buildings that are no more than five stories. “The one thing that I didn’t see in any of the platforms and that I think is a constraint for seniors leaving their homes is helping them find the appropriate type of housing.”

“A lot of our seniors housing is being built on the outskirts in these sort-of ‘seniors communities’ that are away from downtown and the places they actually lived,” Petramala said. “The federal government could offer financing specifically for seniors housing; not just providing more senior-friendly housing, but also helping with transaction costs such as realtor fees that might change some of the incentives for moving.”

For seniors who simply do not wish to leave their lifelong homes, Petramala suggests a multigenerational housing tax credit as “a really good way to repurpose single-family homes and turning them into what has been called the ‘missing middle’.”

“I think of my mother, for example, who is a senior and is living in a house with seven bedrooms where she could easily put an apartment in the basement or on the third floor and that would open up more housing for other families while allowing her to stay in the neighbourhood that she has come to love,” Petramala said. “I think that is a program that could work federally where it could help repurpose low-rise housing stock into the missing middle such as multiple apartments in large single family homes.”

While much of the focus for housing policies for the rental market has been on encouraging new supply, the BCNPHA’s Atkey says Ottawa “also needs to take a hard look at what is happening with our existing rental supply.”

“We are seeing increasing investments by institutional players purchasing older, purpose-built rental stock - much of which was built with government incentives back in the 1970s and 80s - that are being purchased and turned into higher-income rentals and that is displacing a lot of people,” Atkey said. “When we look at the numbers in B.C. alone, how many of those affordable homes have already been lost, between 2011 and 2016 there were 320,000 of those units lost due to that financialization.”

“The federal government needs to take a look at the tax structure, because right now it does prioritize institutional investors and rewards them,” Atkey said. “We are looking for the federal government to help the non-profit and co-op sectors purchase those buildings, because then they will stay affordable in perpetuity.”

If there is one single policy lever the federal government could pull that would profoundly improve housing affordability, it would be to “restrict the availability of credit,” said Hilliard MacBeth, author of When the Bubble Bursts: Surviving the Canadian Real Estate Crash.

“Something more drastic needs to be done, but that would fix things,” MacBeth said. “Of course, the side effect of that would be quite severe in that there would be a dramatic drop in house prices since houses trade for the amount of debt that the banks are willing - or are able - to allocate.” 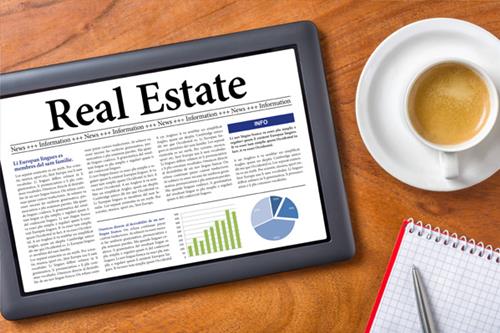 Bidding wars are back for condos listed in desirable areas

Home sales in the GTA last month declined by 2% from June and by 14.9% from July 2020, but the average price ticked up on a monthly basis by 0.9% and year-over-year by 12.6% to $1,062,256 as a consequence of sales comprising a higher shareof listings, according to the Toronto Regional Real Estate Board (TRREB).

“Demand for ownership housing has remained strong despite a pandemic-related lull in population growth. Of specific note is the condominium apartment market, which has seen a marked turn-around in 2021 with sales up compared to last year. First-time buyers, many of whom were slower to benefit from the initial recovery phase, remain very active in the market place,” said Kevin Crigger, president of TRREB.

A dearth of inventory relative to demand in July drove prices up. Thinking that a semblance of normalcy, included muted activity in the summer, had returned to the market this year, Erica Mary Smith, broker of record at Stomp Realty in Toronto, had expected prices to decrease in July, but not all house hunters took reprieve from the market. Quite the opposite, in fact.

“We anticipated July and August to be a lot quieter, and so far, that hasn’t been the case,” said Smith. “We find demand, especially for freehold, is high, and any good condo you put out gets multiple offers. We put a good one up the other day and it had eight offers. What’s interesting about this condo is that we listed it at the beginning of the year and couldn’t sell it.”

The condo in question is a 650 sq ft one-bedroom unit on Bathurst between Adelaide and Richmond that was listed for $750,000 and sold for $850,000 to a first-time homebuyer.

“You would think if there were one or two offers you’d have a chance, but as a first-time homebuyer could you imagine spending $850,000 on a 650sq ft condo?” said Smith.

As is becoming typical in hyperactive real estate markets like Toronto’s—and this held true in the years leading up to the pandemic—homebuyers who were afraid of being priced out of the market haven’t been passive, and that’s what pushed prices up last month,says Smith.

“First-time homebuyers, like so many other people, were scared by COVID, but everybody has jumped into the market. What’s happened now is people are scared that it’s never going to quiet down, even with the stress test, which I haven’t seen slow anything down. They’re trying to make it tougher for people to get financing, but it’s had minimal effect. What’s happening is listings are declining and everyone is trying to get into the market, but with the lack of inventory, prices are being driven up and, because inventory is down, bidding wars are back and they’re rampaging.”

Smith added that condo listings in desirable areas, which are mostly in downtown Toronto, like St. Lawrence Market and King West, and even around Yonge and Sheppard where there’s a subway station, invariably have bidding wars. 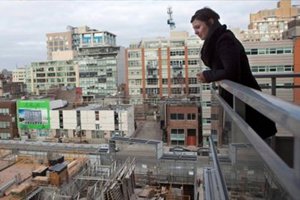 Posted in Market Updates
no comments yet

Curious about local real estate? So are we! Every month we review trends in our real estate market and consider the number of homes on the market in each price tier, the amount of time particular homes have been listed for sale, specific neighborhood trends, the median price and square footage of each home sold and so much more. We’d love to invite you to do the same!

Get Local Market Reports Sent Directly to You

You can sign up here to receive your own market report, delivered as often as you like! It contains current information on pending, active and just sold properties so you can see actual homes in your neighborhood. You can review your area on a larger scale, as well, by refining your search to include properties across the city or county. As you notice price and size trends, please contact us for clarification or to have any questions answered.

We can definitely fill you in on details that are not listed on the report and help you determine the best home for you. If you are wondering if now is the time to sell, please try out our INSTANT home value tool. You’ll get an estimate on the value of your property in today’s market. Either way, we hope to hear from you soon as you get to know our neighborhoods and local real estate market better.